The Everglades Restaurant is open daily at 5:30 pm 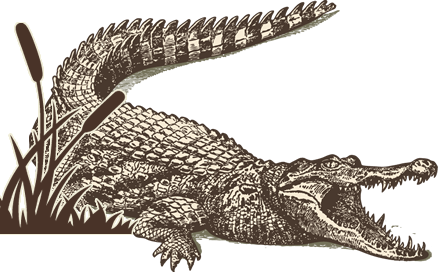 Award winning Head Chef, Michael Rumplik has almost 30 years of experience working in some of the finest restaurants located in world-class hotels through out the United States and Germany.

Before being named head chef of the Rosen Centre®, Rumplik spent nearly eight years working as the executive chef at the Rainforest Café in Disney’s Animal Kingdom, where he developed new menus for the chains’ restaurants throughout the United States.

Prior to working for Rainforest Café, Rumplik honed his culinary expertise at restaurants and hotels in nine cities in the United States and Germany over the course of 22 years, including the Peabody Hotel in Memphis, Walt Disney World Dolphin Resort, Biltmore Plaza Hotel in Providence, R.I., and the AMFAC Hotel and Resort in Dallas.

Rumplik has received honors for both his culinary skills and his people skills — he won Meeting & Conventions Magazine Gold Platter award for Catered Food and Beverage for six consecutive years from 1992 to 1997, and was named Supervisor of the Year in 1983 by the AMFAC Hotel and Resort. Rumplik graduated from Johnson and Wales School of Culinary Arts in 1976 and received a bachelor’s degree in Hotel Management from Bryant College.

Chef Fred Vlachos is the imaginative and creative head chef at the Everglades Restaurant. He makes sure the menu always has something new and different while still maintaining the essence of Florida by infusing other cuisines with our Floridian ingredients. His Florida Grouper has a southern twist, served with cheddar grits and smoked tomato, in a citrus saffron sauce and topped with pickled Bermuda onions.

The menu is always offering fresh specials cooked up by Chef Vlachos, made from a daily supply the freshest Florida seafood. His regular menu items are a favorite among visitors as well as Orlando locals. Without him, we would not have our signature Alligator Bay Chowder, which is now an Everglades menu staple. His Tenderloin of Buffalo with wild mushroom ragout and Venison Steak with port-wine sauce are also favorites of Everglades’ diners.

Chef Vlachos is also responsible for creating the unique, themed dinners for our popular Vine & Dine wine pairing dinner series. For four years now Vlachos has created an entire meal built around a central theme, such as “running of the bulls” aphrodisiacs, Mardi Gras, and rock ‘n’ roll.

The Everglades restaurant has proudly called Vlachos our Head Chef since 2006. As a classically trained chef at the Johnson & Wales Culinary School in Rhode Island, he has worked at many fine Orlando restaurants over his 30-year culinary career such as Disney’s Swan and Dolphin resorts. Chef Vlachos and his culinary creations delight our visitors and keep the locals coming back.

This website uses cookies to improve your experience while you navigate through the website. Out of these, the cookies that are categorized as necessary are stored on your browser as they are essential for the working of basic functionalities of the website. We also use third-party cookies that help us analyze and understand how you use this website. These cookies will be stored in your browser only with your consent. You also have the option to opt-out of these cookies. But opting out of some of these cookies may affect your browsing experience.
Necessary Always Enabled
Necessary cookies are absolutely essential for the website to function properly. This category only includes cookies that ensures basic functionalities and security features of the website. These cookies do not store any personal information.
Non-necessary
Any cookies that may not be particularly necessary for the website to function and is used specifically to collect user personal data via analytics, ads, other embedded contents are termed as non-necessary cookies. It is mandatory to procure user consent prior to running these cookies on your website.
SAVE & ACCEPT
Accessibility
cancel accessibility
Provided by: